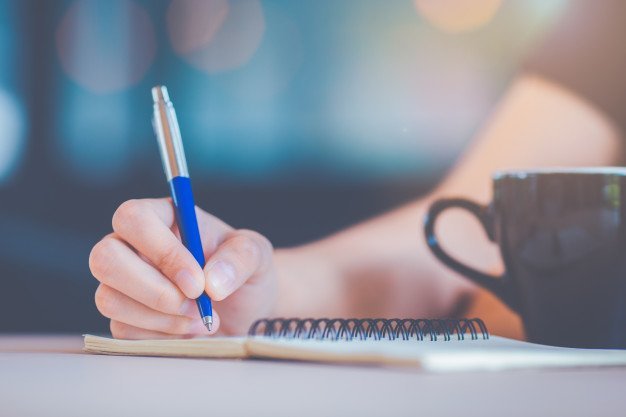 Why You Should Look Beyond Becoming A Best-Selling Author

Authors write for different reasons. Some write for the love of the craft, while others carefully crafted words to be read by the masses as we rake in millions of money. The need of many writers to make good money from their books makes them xrave to become a best-selling author.

Getting enlisted in the best-selling author lists is one of the most universally recognized achievements. It is part of literary validation. That is why even the most humble writers don’t hesitate to add “New York Times best-selling author”, among others, to their titles once they’ve reached that coveted status. That shows the importance of hitting the record.

Meanwhile, the truth is that becoming a high-powered ranking author demands more than just talent or skill and a killer plot; it is just as much about marketing and promotion than the actual writing. This, no doubt, is a scary notion for the introverted folks who would rather prefer to hide behind their bylines than to crave for readers to “buy my book — now!”

However, rather than focusing on becoming a best-seller, aim at becoming a successful author. Typically, books are rated best-sellers for two reasons: One, if your presales count for the first week, and two, if your sales meet up with the benchmark set by the book-sales-ranking platforms and bodies.

Some books, for instance, record 4,000 sales in a week, thereby hitting the best-sellers list. However, their total sales drop off afterwards, and they could not 1,000 the rest of the life of the book.

It is, therefore, better to be concerned about your long-term sales and potentials, which may not guarantee you a ton of sales in one or two weeks, but a continual sales. This would get your name out more and connect you to more readers.

The above fact does not invalidate the need to become a best-selling author.

Considering the above facts, here is a list of tips to help ensure that your books reach more than the members of your immediate environment and creative writing group, and handsomely compensate the efforts you put in writing it. Follow the six steps below to get your books across to a good and growing number of readers and potential buyers to become an all-time best-seller in no time!

Step 1: Give the people what they want. You need to appreciate the fact that the work starts way before the book is released. Hence, if you want to increase the chances of acceptance of your book and shore up sales in advance, you need to know your prospective audience and put them in mind while writing. Esther Fedorkevich, founder of The Fedd Agency put it thus: “Think of what the felt need is and how you’re going to reach someone.”

Whatever you are writing on, you need to be thinking about what would resonate the person or issue you are writing about. Also, think about what will the publicity angle be when the book does go on sale? What are people going to be drawn to and remember about the book?

Step 2: Decide on a publishing path. One of the questions many authors have battled with as the publishing industry tides have shifted in favour of eBooks and do-it-yourself (DIY). So, decide if you would like to self-publish your work or work with a traditional publisher.

The traditional publisher makes the publishing of your book more perfect and professional, while also making its marketing much easier. But unpopular authors may not have much of a choice (if large publishers do not show interest in working with them) than to consider self-publisher or patronise growing-publishers who may not have a solid structure for production and marketing. The decision isn’t always so simple.

One fascinating thing about self-publishing is that you don’t have to wait for long after the manuscript of your book is done, you can have it out as an eBook in less than two weeks later. The paperback of your book can as well be released for sales within one to two weeks. But with a traditional publisher, there could be a delay in the release of your book. This is because most of them release books a year after the manuscript is done.

Accordingly, if you have a good number of followers, or know something big is happening somewhere or you have a lot of speaking dates where your book can be well sold out and need your book out now, then you need to self-publish.”

The best idea is to consider the publishing route that promises the potential promotional opportunities that will most effectively enable you to successfully produce and market your book.

Tim Grahl, author of Your First 1000 Copies: The Step-By-Step Guide to Marketing Your Book, described social media as a big waste of time. He noted that “Social media is the 90 per cent of work that gets you 10 per cent of results,” Grahl explains.

He explained further that he had launched books with people who have had over a million Twitter followers, but the number of book sales that come from that is pitifully low.”

Grahl then advised writers to explore and leveraged on every opportunity they have to gather contact information from potential readers, whether via speaking engagements or their website’s homepage.

Hence, to become a best-selling author endeavour to build an email list because that’s where you start getting direct access to people, potential buyers.

To prove the validity of the above trick, compare the percentage of the updates from the people you follow on Twitter which you see on a daily basis to the percentage of the email your read in a single day. You probably view 95 per cent or 100 per cent of the emails that come in while you see just one per cent of updates from the people you follow on Twitter. That’s why you and your works need to show up where people are actually paying attention — their inbox.”

Step 4: Don’t sell the book, sell yourself. It is imperative for you to push yourself as an author, with vast knowledge in a particular genre and area of life. Pushing your book titles instead of your personal brand as an author can stunt your book sales. And that should be the goal of every writer, especially, those who plan to write in multiple genres or cover various topics.

Literary bigwigs and popular authors have a ready-made fan base who buys every book they release, almost automatically. Imagine, the number of sales a cleric with a good number of members across the globe would record within a day of the release of his book.

It is, therefore, short-time thinking for you to push a particular book because you would hopefully want to write many books, hence you need people to be fans of you for more than one book.signed to deliver results.”

Step 5: Hire professionals to help. It is imperative to consider hiring the services of not just a professional, but a professional team with a track record of success, specifically with authors and books.

The fact is that your sole efforts to reach a good number of readers, potential buyers, through email lists and speaking engagements, among others, is not enough when it comes to generating massive buzz. Traditional media has proven to be the best. However, most writers do not have free or cheap access to the major most-read, most-viewed or most-heard traditional media.

Therefore, let your campaign strategy include targeting traditional media (TV, radio, print) as well as online media (well-trafficked, branded websites and blogs); securing speaking engagements (even for free); and launching a social media campaign and. Your strategy should also include a unique set of marketing ideas that cater to the book’s specific audience.