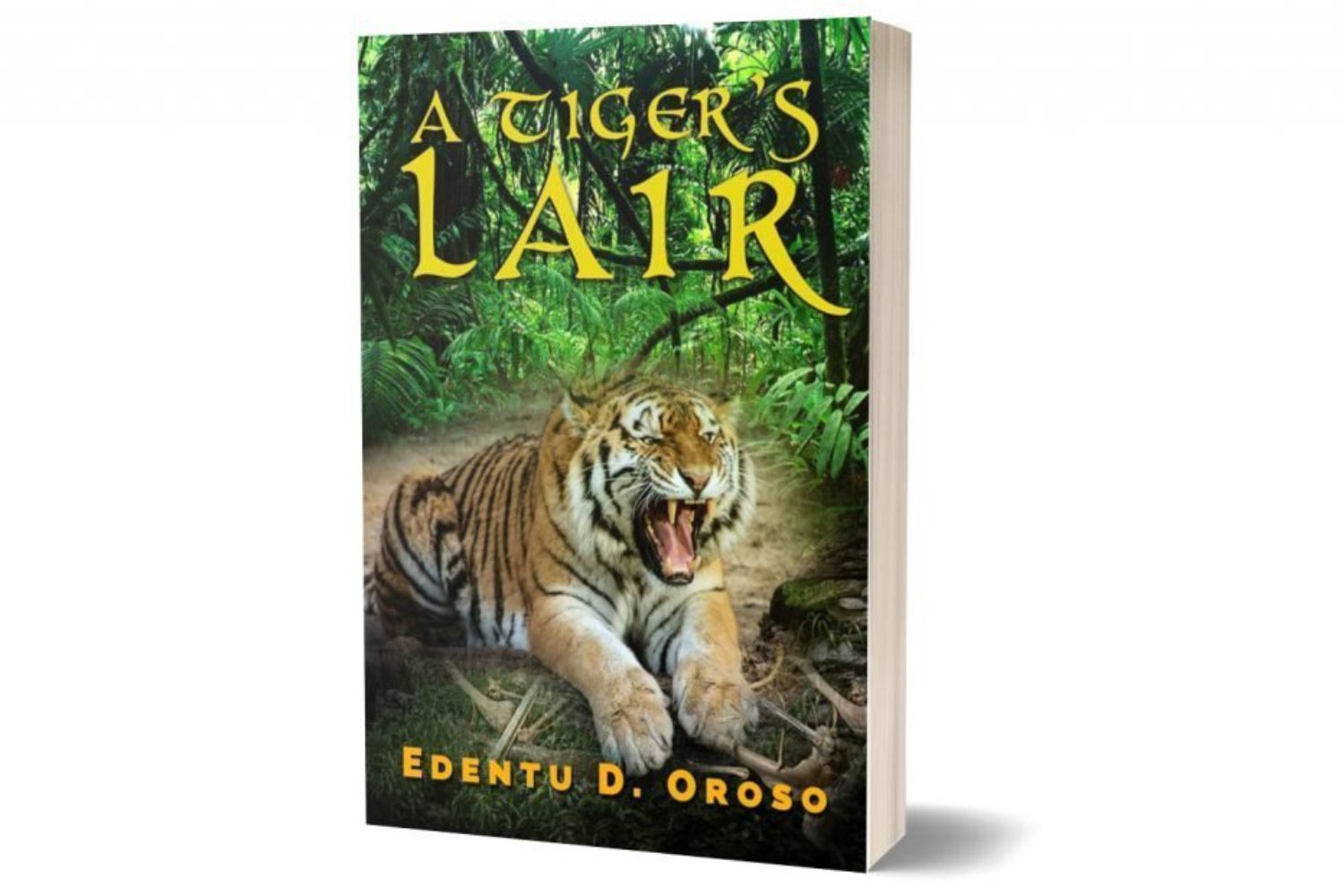 Faithless and driven by the need to survive through menial jobs via his craft as a mason in Port Harcourt, Steven almost did not believe his luck one bright morning when a client comes seeking his services with a promise of a high recompense. It turns out a trajectory that would lead him to a Tiger’s lair and cause a redefinition of the meaning of his own existence and faithlessness.

Get the eBook now.

“A Tiger’s Lair” is a scintillating nonfictional work, ingeniously woven by the bard, Edentu Oroso. The eBook Vs Hard Copy Book exposes the rot and decadence in the church orchestrated by the unrestrained quest for power and wealth in the name of God. The underpinning paradox of the story lies in the fact that men of God, in a bid to serve God, become enemies of God.

The story opens with some jobless masons – Steven and Uche – hanging out on the streets, waiting to be hired when a Pathfinder pulls up beside them. The rich man makes an offer to give them a “normal mason’s work”, the location and nature of which they are told they will “know in a moment” (2). Uche’s first suspicion comes in when the man offers to pay double their daily wages. It is however cleverly doused by the man’s claim of being in a good mood.

The story takes an antithetical turn when a stranger joins them in the car. The masons are blindfolded and the reader is kept in suspense as to whether the masons are being kidnapped for ransom or ritual. The author then introduces the reader to the grave dug at the altar and the children to be buried alive are brought forward. Both Steven and Uche are caught between the devil and deep blue sea – “Your life or [theirs]…?” With this question, they are forced to bury the three innocent girls beneath a church altar and thereafter taken to their joint via a different route. Steven goes home, haunted by the ghosts of the girls, confesses to his wife and eventually gives his life to Jesus.

Having seen and experienced what happened in the church of God, the easy surrender of Steven who had maintained an atheist stance prior to the experience makes the climax somewhat irksome. It is understandable that he feels bad for the sake of humanity but to surrender to Jesus cheaply in whose name and house a pastor forced him to bury three children alive makes a mockery of the conversion story. The question that begs answer here is, how can he bring himself to trust another man of God for the rest of his life?

Beyond the trajectory of the story, one thing that stands out and for which a good writer is known is the mastery of filmic depiction of scenes, characters and their feelings. Oroso takes the reader on an odyssey through the rough streets of Port Harcourt, symbolic of the experiences of the masons and the innocent victims of power-thirsty men. His ability to conjure kinesthetic, visual and auditory imageries brings the reader into the trajectory of the story as if he were a participatory character in the story. The reader sees and hears every sound from the cruise of the car to the plea for deliverance by the victims through the author’s dexterous manipulation of words. The reader also feels the pains of travelling through “the road’s many twists and bumps” (4) just as Steven and Uche do. This road is a pictogram of life’s journey as well as the rough terrain created by the wealthy for the poor. This is one important aspect of Oroso’s narration that must be commended.

On the whole, “A Tiger’s Lair” is a good read for all lovers of letters for two reasons: First, the story is told in a fashion comparable to the most venerated African novel – Chinua Achebe’s Things Fall Apart. The narratological expertise deployed by Edentu Oroso in the story, as in other works of his, is simply electrifying. Hence, “A Tiger’s Lair” can be said to be in dialogic interaction with Things Fall Apart from the perspective of its formal features. Second, the revelatory message of the rot in the church of God as revealed in the story makes it a must-read for both Christians and non-Christians alike. In my candid opinion, the story should be retitled, “Church Falls Apart.” I recommend the short story to all lovers of letters.

Most of the time, we share our discount coupons to our Newsletter Subscribers only. And get products updates also!

You Can Unsubscribe Anytime

No posts were found.